This was originally posted by GregH at The Diesel Stop : http://www.thedieselstop.com/forums/f50/injector-replacement-pictures-172748/

I didn't like how I couldn't see the images while I was reading, so I rehosted the tutorial over here on my blog with pictures displayed in-line.  Now, I'm off to replace a couple of injectors on my 2006 F250.

While doing some head gaskets and an injector on a customer's vehicle, I decided to show you guys how injectors are replaced on these trucks.

First step is to figure out which one it is.  This may involve a dealer visit, or some other diagnostic source.  Once you know which one it is, get to it.  I'm replacing #3. 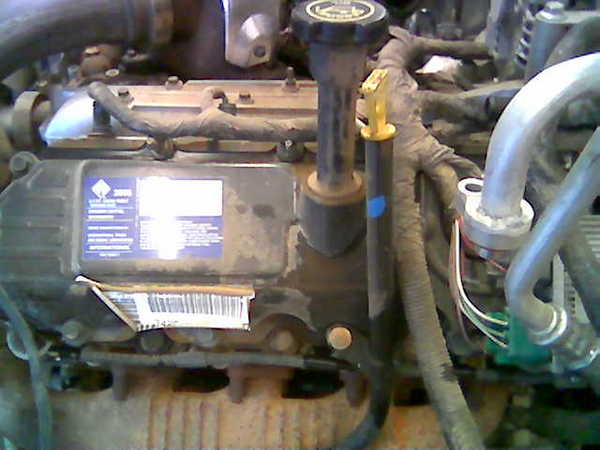 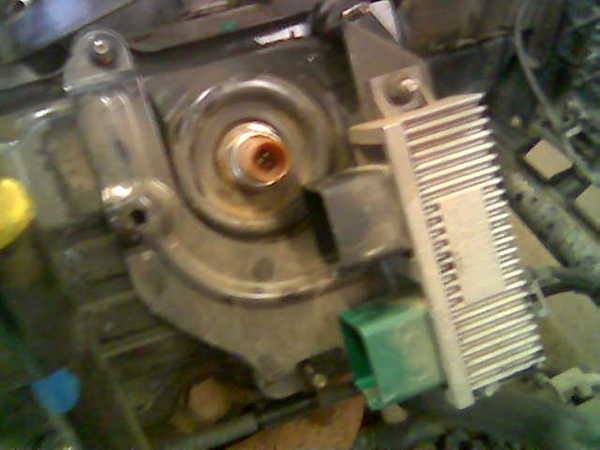 Now go ahead and take off the valve cover.  A few of the bolts will be difficult because of the evaproator case.

Now take out the standpipe 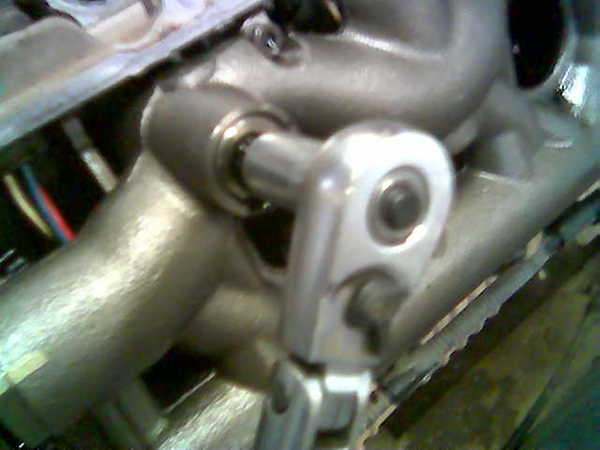 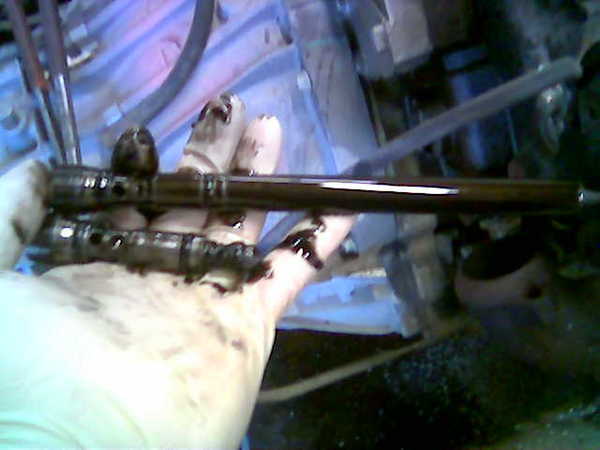 If it's short, then it separated like it was supposed to.  If it's long, you will probably have to separate it.  The two halves just pull apart from each other.  Insert the lower part back into the branch tube once the oil rail is out.


Now take out the oil rail bolts and pry up gently. 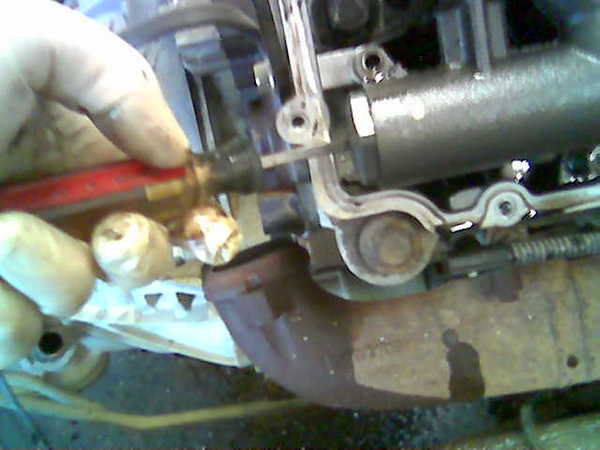 Hold the oil rail over the cylinder head so it can drain back into the crankcase. 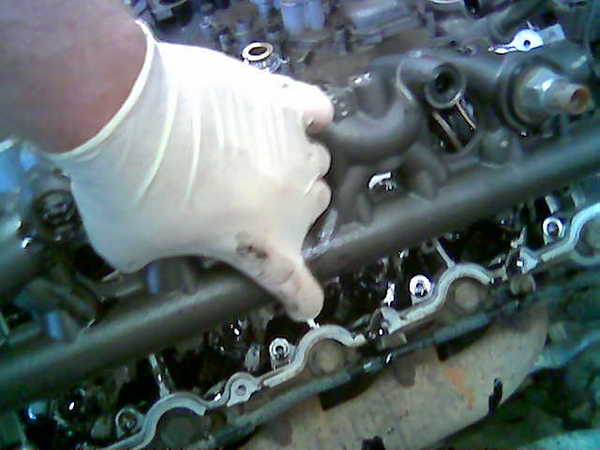 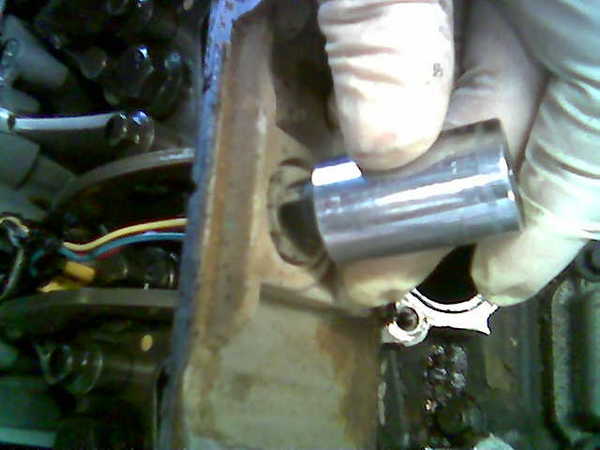 Take out the inector hold down clamp bolt 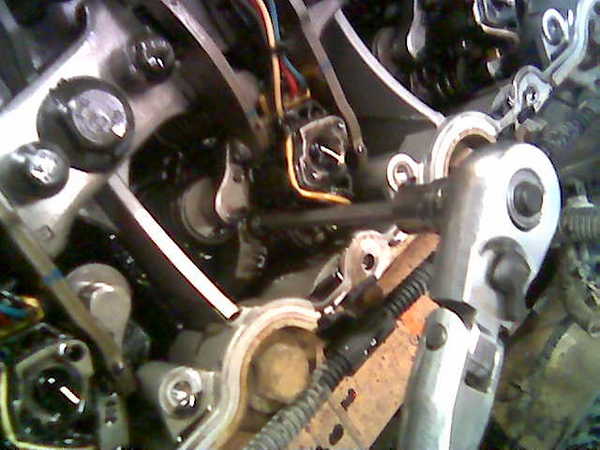 The injector and clamp will rise out of the injector bore as the bolt is loosened. 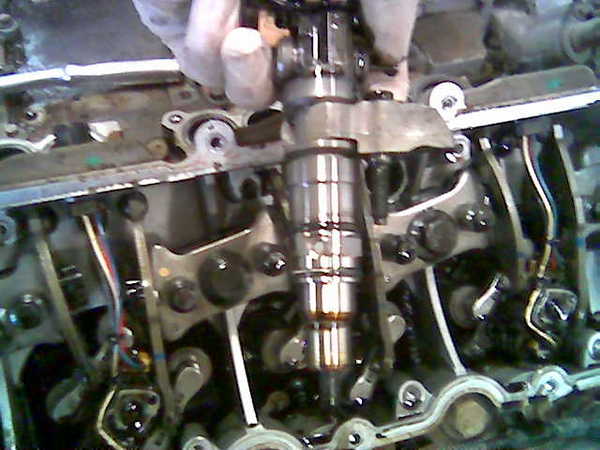 The combustion seal is on the bottom of the injector


Lube up a new injector with clean oil, fit the old hold down clamp onto it, and install.  Lube the injector connector o-ring with oil and press it into the hole in the head until it clicks - watch your orientation; make it match the other injector connectors.

Pour a small amount of oil onto the top of the new injector prior to installing the oil rail. 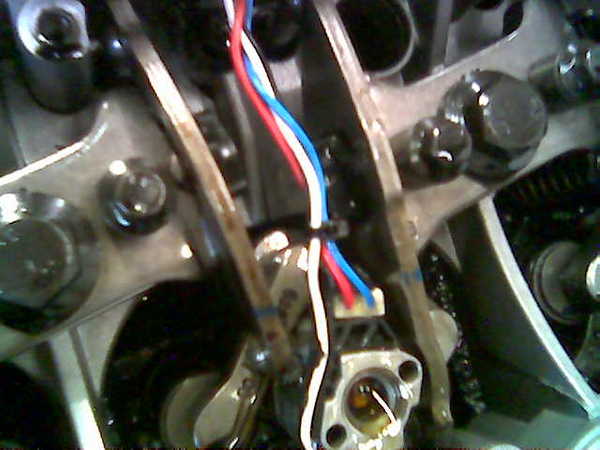 Put it all back together.  Don't be surprised if the engine spins over for a while before firing up - there is now a lot of air in the high pressure system to compress.  The air will purge after some sprited driving.


After a bit more searching, I also came across this great set of instructions:  http://www.fordiesels.com/ford-power-stroke-diesel-fuel-injector-6-0l-2004-2009-cn5019rm-injector/
Posted by Rick at 11:45 AM